X IS FOR XANAX, XERAX, X-RAY, AND XEROX — OTHER THINGS, TOO.

Peculiar letter, X. I really don't know why we have it in the alphabet. It looks like the Greek letter pronounced chi, but isn't used that way. Moreover, I don't know why we have both K and C in the alphabet — seems terribly redundant to have both. (Perhaps we should get rid of one or the other; some sort of poll or referendum on that issue may be of assistance.) For the record, the Greeks had a K but no C. Amanda can confirm that. (Please pardon the digression.)

Further, X is redundant because it is almost always pronounced as Z when it starts a word. (No wonder we have so much trouble with language — too many @%#^$&(&)@* letters, with redundant letters at that.)

Xanax: "a short-acting anxiolytic of the benzodiazepine class of psychoactive drugs." Has "anxiolytic, sedative, hypnotic, skeletal muscle relaxant, anticonvulsant, and amnestic properties." (Thus, Wikipedia.) Translation: knocks you out, at least somewhat.
Bear has never tired it. You need a doctor's prescription for it, and I've never asked. I've got enough things in my blood already.

Speaking of things in the blood, some of you may have had this experience: 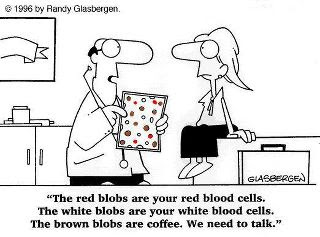 Xerax***: a brown-haired animal, which is fairly small. At least smaller than a Brown Bear. I saw a better definition of that one time. Can I remember where I saw that? No.

X-ray: Doesn't start with a Z sound. X for "unknown character" originally describing the process. "Non-luminous  electromagnetic ray or radiation of essentially short wave length, generally less than 2 angstroms." (Thus, Webster's Dictionary.) No, I don't entirely understand what that means, either. The Golden Eagle knows about things scientific as well as literate; Eagle, can you help us here? **

Xerox: A company which makes machines using xerography for making copies of papers. Process originally developed in 1938. (Wikipedia will give you all the information that you want, and probably more.)

We've not seen king Xerxes of the Persians, we haven't considered xanthan gum, or the xylophone. Perhaps another time. More likely not.


Oh yes; ve vill get back to vhat we have missed, particularly the letter V. Sometime. Don't hold your breath.

** Thanks to The Golden Eagle for assistance provided. See comments.

***I may have this confused with the Xerus, "a genus of coarse-haired long-tailed African ground squirrels that somewhat resemble prairie dogs in habits." (From the Miriam Webster online dictionary.) In which case, Bears might eat them. If there are any Bears in the same part of Africa.

X is a very interesting letter indeed! Xanax is very nice for those that are reluctant fliers :) It is a hard letter to get to on the keyboard too :)

Xenophobia, that's one you had not thought of. I wonder if we all suffer a little bit from that? xox

X is a useless letter. As is C. K looks much better. And X is too hard to blog about!! Love Di ♥

Well, you taught me a couple of new X words. Your tenacity is paramount. What determination to finish the A-Z!!

I'm not really back to blogging..... just peeping in on some to see what is happening.

Jeff passed peacefully yesterday morning. Thank you for your kind words in the email.
Manzi

I owe a lot of my survival to Zanax. (Xanax)

Did you know that a tightly wound patient has trouble healing after surgery?

My surgeon did. One xanax and my troubles passed away and I relaxed.

That was over 20 years ago and doctors always give me the stink-eye when I ask for a refill. IF I was an addict, I'd now be on 20 a day. I'm still slugging along on 1 a day. But try getting a doctor to believe that!

Thought of you when we had a brown bear in the front yard last night but i don't think you would be as scary! This one was grunting and snorting. Hope you are doing well.

Every serious prescription drug should start with the letter X, so we'd know to watch out for them. Just a thought.

I quite agree X Y?

Lovely to see you on Coo tonight, all the very best for your post as Minister for the Church. Shall pop in later here to catch up with you.

Very interesting the words with X.!

Best wishes to you Bear.

Assuming your question wasn't rhetorical (which it may have been, but I never pass up a scientific opportunity) an angstrom is a ten-billionth of a meter. Visible light is *checks internet* 4,000-7,000 angstroms, so that means x-rays are . . . 2,000-3,500 times shorter than visible light.

® That corgi: Sometimes, Betty, getting in a plane is like going to the dogs. Sorry you need the Xanax. And it seems that you can find the X on the keyboard. Which is good.

® Irene: A lot of that in Europe, I understand. Over here, not so much, since we are all immigrants.

® Diana: I share those thoughts, Diana, Thank you for confirming by brilliance!

® DJan: But K could marK the spot, too. That would be OK. I understand missing things, but we can't star in the way of er, um, progress. Right?

® Manzanita: Im so sorry to hear of your son-in-law's death. Blessings and Bear hugs to your daughter and whole family.
Bear tries to be tenacious. It's called "getting a grip," or something like that.

® lott joy: Yes, I knew that about tension and recovery. One of the stores that goes with that is that, when Canada brought in medicare, years ago, patients became a lot less worked about surgery, because they knew the money would be there.
Your problems with the doctors about Xanax may be related to the fact that your are in Florida.

® Kristy: Well, even though coloured brown, it was a Black Bear. (We truly Brown Bears don't live that far east.) So I can imagine that he was being ill-mannered. Those Black Bears — a little short on culture and social grace.

® KarenG: X-elent thought about serious drugs starting. You should take that up with HHS. However, that department might consider your thought a bit x-treme.

® Camilla: So glad you dropped by to see Bear. I thought I would sneak into school to make sure it was still there. I was delighted to find it was.

® ReformingGeek: PLEASE! This is a family-rated blog! Are you trying to destroy the ambience, the ethos?
That said, I should perhaps get a rating from blogger X. I'm sure the comments would be x-eptional!

® The Golden Eagle: Thanks for the help with the science. I trusted that you could get the information, and you did not disappoint. It is nice to know the interests and abilities of other bloggers, and of their willingness to assist.
Considering that light is actually a wave (if I remember right), the "wave" of the X-ray is so narrow that it is practically a straight line.
Thanks, again.

Did you know that xylology is the study of wood, or that a xylorimba is a combination of a xylophone and a marimba? Neither did I until I read about them here. Thanks for sending me off on a fascinating word search.

® susan: Glad you had such fun when I sent you off on an adventure. Xylology, yes; xylorimba is new.
My goodness; you are an inquisitive soul! Which is good.
Thanks for sharing this.

x is a key on the keyboard too.

Can you tell I am tired?

® Chatty Crone: I can tell that you are tired. And I know why you are tired.
If people are on C, does that mean, "O say can you C"? Somehow, I suspect not.
Go get some rest. We'll chat on the weekend, or so.

My favourite "x" word is "xenophobia", although I can't recall what it means because I haven't yet had my coffee!

There are 26 letters in the alphabet and some will always be used less often than others. Even if the alphabet is reduced to 24 letters it will still be the case. What have you got against C and K?

My mother used to say in an old hopscotch game that you got double points if your name included the letter X or Z. I was keen on one of my of my kids being called Xavier but of course that is pronounced with a Z (that's Zee, not Zed as they say here)

Ah, one can only hope to remember all the great words listed here when the next A to Z Challenge comes around.

As life goes on more and more X words appear.
Maybe eventually more letters in the alphabet will appear as well.The Chinese alphabet for example, is endless it seems.
:)

I had no idea what a Xerax was. Do bears eat Xeraxes?

I hear you on this one. X is a strange letter. I often think of those boxes on forms--to do check them to affirm them or X them to negate them, and why is the latter the same as the former when it comes to forms?

Your blog is awesome, love it! happy summer to you :)

seems furry little bear like creatures like to begin with the letter x - i've never heard of xeraxes or xeruses. if i ever play scrabble again i appreciate having a couple new words in my arsenal ;-)

when i lived in greece as a student and was learning the language, i was fascinated by the dipthongs they created when they translated english words: m and p combined to make b, n and t combined to make d. and you're right, no letter c for the greeks!

hi mr rob bear. i admit i've never thought about the fact that x words are pronounced z words and i thank you because now i'm glad i know that. i shouldn't admit i didn't pay sufficient attention.

Bear, I have a friend whose name is Xavier but goes by "X" - It is the perfect nickname fitting into a single sylable and makes for many puns and jokes such as "X" marked the spot. My daughter was going to name a daughter Zula, an old family name but alas she has 3 boys.

Love your "X"s and sending some to you...

Of course we need X. Who ever heard of bacon and scrambled Z for breakfast?

Good thing you didn't find all the X words. You don't want to put all you X in one basket.